Updates in Port Jefferson Village Retail:  Welcome to the village “Due Baci,” a new restaurant which plans to occupy the former Graceful Rose location at 154 W Broadway.  They plan to open their doors later this month.

Port Jeff Commercial Real Estate Leasing:  Port Jefferson Retail is as strong as ever.  The asking lease rates for retail spaces in Port Jefferson that came on-market in the last six months average $43.52 per square foot (PSF), 87% more than the average lease rate of $23.24 PSF for neighborhood retail in the eastern United States for 2018, as reported by Integra Realty Resources.

While asking lease rates for highly desirable Main Street retail locations in Port Jeff Village rise well beyond the reported average for the East Coast, we have seen some landlords in less visible parts of the village reduce their asking lease rates by as much as 50% as they struggle to compete with more appealing spaces in highly visible locations such as those right on Main Street stretching from the intersection at West Broadway to the intersection at East Main street.

In the second quarter (Q2) we have seen dry-use space in the village go for as low as $17 PSF in locations with limited visibility, to over $34 PSF in more desirable locations such as on Main Street and West Broadway. Wet-use space can be found for as low was $19.50 PSF and can run as high as $80 PSF in prime locations on Main Street where tenants have guaranteed exposure to the heavy foot traffic brought on by the busy summer season.  Generally, wet-use on Main Street and in the bustling areas of West Broadway have seen asking lease rates upwards of $40 PSF with new-to-market listings in late Q2 pushing that number higher.

Port Jeff Commercial Real Estate Sales:  Since the start of the first quarter (Q1), I have been contacted by many active investors looking to acquire income-producing properties in downtown Port Jeff Village.  The inventory is very tight, with only three listings on the market, making it difficult for investors to establish a foothold in the village.

In Q2 we have seen the addition of only one new for-sale listing. The demand for investment inventory in Port Jeff Village most certainly exceeds the supply.

Port Jeff Commercial Real Estate Outlook for Q3:  The demand for investment properties will likely remain constant unless outside events create a stir that scares off potential investors.

Conclusion:  The village market is strong, as is evidenced by the low vacancy rate of retail storefronts, and the consistently high lease rates of retail.  The outlook of commercial real estate in the village is positive for Q3.  I expect the inventory of investment properties to remain slim, with high lease rates being one of the likely reasons that landlords are not so eager to sell at the moment. I eagerly anticipate the arrival of new businesses that plan to open up shop in the village later in the quarter. 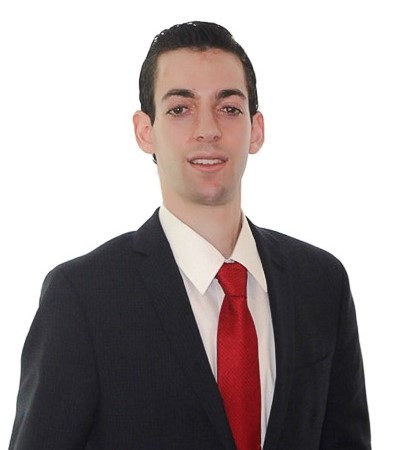 Naji Nizam is the “Port Jefferson Retail Expert”. He handles leasing and sales of retail, medical, and professional office space in Port Jefferson Village, and throughout Suffolk County. He relies on his depth of market knowledge, responsiveness to inquiries, and professionalism to give him an edge in this thriving market. Naji is active in community affairs and is in constant contact with local business owners and landlords.